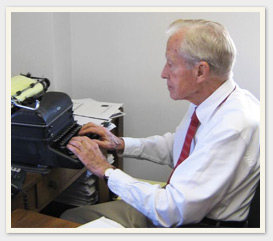 As Senior Shareholder, I have been asked to narrate a bit of the history of our law firm for our website. I can do this based on first-hand knowledge since 1961 when I arrived, and on reliable hearsay for the first quarter of a century during which the firm existed.

The origins of the firm are traced to the mid-1930’s, when its founder, Justice Matthew Tobriner, who later served on the California Supreme Court, opened his office in San Francisco as a sole practitioner. Early on, he accepted an opportunity to represent labor organizations, an area of the law to which he was intellectually and politically attracted. Justice Tobriner’s commitment to the labor movement established the direction the firm has followed for over seventy-five years.

Following Justice Tobriner’s lead, the firm has always specialized in representing labor unions and their members. Then, in the 1970’s and 80’s, our practice expanded into the areas of employment benefits covered by ERISA and related fields in which labor organizations are involved. More recently, the firm has become active in employment law of all kinds, including representation of individual employees in wage and hour, discrimination, harassment, and other types of cases; mediation and negotiation-facilitation services; and has also developed a specialty in education law as an outgrowth of representing teacher unions. We now have twelve attorneys in our Oakland office, and eight in our Sacramento office, which was founded in the mid- 1970’s.

In addition to Justice Tobriner, two of the firm’s past members have been appointed to the judiciary: Justices Joseph R. Grodin (California Supreme Court) and Leland Lazarus (California Superior Court).

The firm’s future will build on its history, offering the services of a small, dynamic legal office with intimate professional client relationships, prominent involvement in all aspects of labor relations, and an unceasing dedication to improving the lives of working people.